A downloadable game for Windows, macOS, and Linux

Stack, launch and catch Starship and Super Heavy Booster using Mechazilla at SpaceX Starbase Texas, Boca Chica! All from a first person perspective or in VR.

Just download the zip, unzip and run it. There are some general tips here below. For more details check out the topics in the community section at the bottom.

Tank Farm final update is out! See devlog for details and changes.

2022-11-18: I rebuilt the Mac version without the mods folders. It should work now. See also the download instructions.

IMPORTANT for versions after Nov 2022: If you cannot jump then try re-assigning the jump key. It should fix it.

Main version is for Windows 10, where I am also developing on (should also run on other Windows versions since 7). Other builds are less tested. Check the download instructions if you have problems. The old WebGL version is still available for nostalgia.

Besides downloading the zip, there is also the Itch App (similar to Steam) for all platforms which does the download for you and provides some more features for automatic updating which I might use in the future.

Mobile/Phone Version: Since some people have been asking. I tried a mobile build, but it runs really bad, unusable. Would need quite some optimization work as well as UI work. I'll stick to PC for the moment.

VR works only in the Windows version. It uses OpenXR, so it should run on any headset that supports it, hopefully. It's tested with an Oculus Rift CV1. Enable VR mode from the main menu. The community section at the bottom has a thread with more info, where you can give feedback also. VR is pretty basic still. So don't go in with too high expectations.

Standard WASD control with Space to jump and LeftShift to run. ESC for menu to change quality and other settings. Reduce quality, if it runs slowly.

IMPORTANT for versions after Nov 2022: If you cannot jump then try re-assigning the jump key. It should fix it. This issue should only appear when you had the game previously running on the same PC.

For VR see community thread at the bottom.

There are two control boards at the top of the tower and the launch mount to control the control everything. You can also place your own panel anywhere with 'C' or use a floating version with 'Q'.

There is also this showcase video which demonstrates how to do some stuff.

Please let me know, how it goes for you in the feedback thread or send me a message on Twitter.

Hardware requirements: It runs usable on my laptop with a Ryzen 3 4300u on low quality. For ray tracing and such you should have an RTX2060 or higher.

Your system also has to support DirectX12 on Windows, Vulkan on Linux and Metal on Mac.

If your game crashes at launch, check this thread.

Stuff for the future:

My focus is on the ground base stuff, the things that we see on the live streams and pictures every day.

If you like this project and send some money to show your appreciation, you help building it.

With a contribution of 9 $ or more you can get your name as a builder in-game, if you want. (I'll try to contact you via the mail address the payment provider sends me. If there is no reply, I'll put you in as Anonymous.)

At the moment the builder money will mostly go into improving the 3D art, which means buying assets or paying artists.

Any contribution is of value. It doesn't need to be money. It could also be a video, maybe a tutorial (please tweet it at me), bug reports, feedback or just sharing it.

10 % of it go to itch and another 10% will go to humanitarian aid for Ukraine. I don't know yet which charity exactly, so you can make suggestions here. I want to keep the 10% for other charities also in the future after the Ukraine situation is better.

If you have Euros, it would be better to send them directly via Paypal, if possible. Then it wouldn't need to be converted back and forth from $.

Alternatively, there is also a Patreon now, if you like to follow and contribute on a regular basis. There will be a tiny bit of additional behind the scenes content, but not much probably.

If you have some spare crypto, check out this community topic.

Who is the developer and what's the motivation

After finishing my Master in electrical engineer I worked  at a nuclear fusion research facility for 10 years. But I was always also interested in gaming, technology and space stuff. Now I want to recreate what it is like to stack, launch and catch the biggest fucking rocket. It should feel close to reality and include some of the interesting technical aspects.  At the moment I am working almost full time on this while living off of savings.

Currently I am doing most of it myself. Only with 3d models I get help by wonderful people like Owe,  SAMCG14, @Sushifoxxstudio, Nick @_AstroGuy_ and more below.

You can become a creator by contributing 3D art. Ideally an Unity prefab or a Blender model, which I can use without much additional work. I am not really looking for anything at the moment, but if you think you have a good model that would fit in or could replace other models, send me a message.

The best thing would be, if you could make a mod and send this to me, then I can immediately see, if I can use it, and you would know already how to bring the stuff to Unity, which would help me out a lot.

You find my mail address when you open the game or send me a DM here or on Discord or Twitter. Please contact me first before sending any files.

(Note: If you send me a DM on Twitter, it might take a bit sometimes for me to respond as I often miss these.)

At the moment I don't want to open source the whole project. Maybe I'll post some of the code here or on Patreon. If you want to help with programming you can contact me and maybe we find a way.

to Mo, Aeneas, Owe and the rest of the Senkrechtstarter Community for inspiration and references as well as NASASpaceflight, Lab Padre, RGVaerialphotos and the whole Twitter/Discord Starship community.

If someone doesn't want their stuff to be used, please let me know (best on Twitter).

- The raptor flames are inspired by Zorg's KSP config

- Most of the sound effects are from freesound.org. I can make a list, if someone is interested.

- Some of the construction ambient is from NASASpaceflight videos. Follow them on youtube, if you don't already!

If you really want to fly Starship and the booster, there are lots of mods for Kerbal Space Program. But I don't know much about KSP. You should definitely check out the mod Starship Launch Expansion though.

There is also the roadtomars project, which is pretty similar and has much more of Starbase to explore and other stuff to do. But it's not yet out. Maybe there will be some kind of collaboration in the future.

Here is another Starbase sim at a different stage of development: Spaceport-x by Chris Schaller.

I guess, we could achieve more, if we all would work together on one project. On the other hand, I find it quite engaging to work on all aspects of the game and not just one part. I also want to be always on the latest Unity betas to use the newest features. This might be problematic for a bigger project with more people.

Maybe, If I ever get enough support I could open source as much of my stuff as possible. So others could use it in their projects. That would also be one way to collaborate.

Another interesting project is this 3D experience of a possible Starship interior by @_DesignFreedom. Would be cool to have something like this also. It's quite detailed though.

It's just a game. You can do whatever you want with it. If you make a video or so please tweet it at me, if possible, and mention me somewhere. No need to ask for permission.

However, please don't extract assets and use them in your own projects without asking me or the original author before.  Some of it is public anyway. So you can just get it directly from the primary source. If you are interested in my modified versions, send me a message. 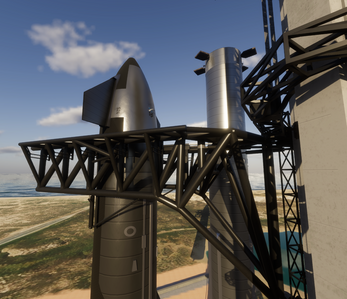 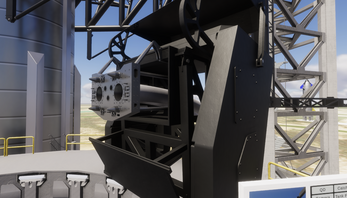 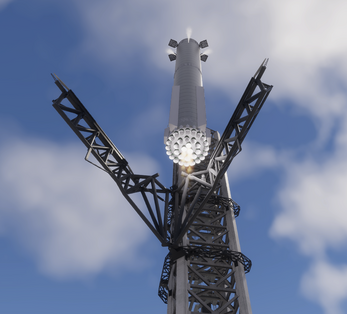 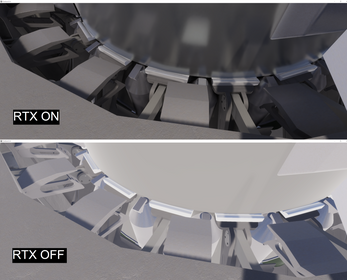 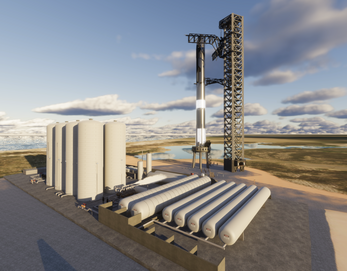 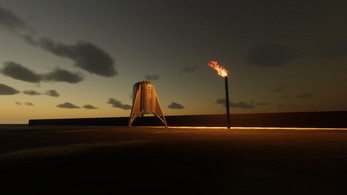 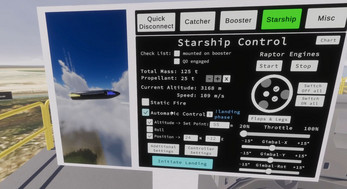 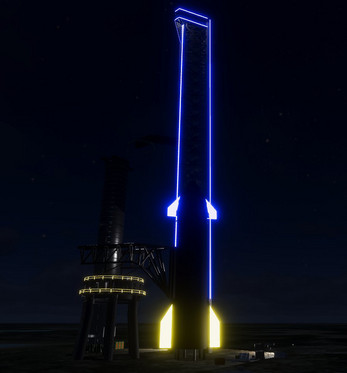